He says he tried to be a ‘dad,’ but these Haitian girls say he sexually abused them

As the operator of an orphanage in Haiti’s touristy seaside city of Jacmel, Daniel Pye provided orphaned and underprivileged Haitian children with a roof over their heads, schooling and a view of the outside world through movie night and internet access.

But Pye also had a darker side, several former residents of the missionary-supported orphanage testified in Miami federal court this week. He is accused of making multiple trips to the southern Haitian city from 2008 to 2011 to sexually abuse minor girls.

The case illustrates the difficulty of bringing Haiti cases to U.S. courts — a federal agent testified that Haiti’s 2015 presidential elections crisis had forced investigators to wait a year between interviews, and when they arrived in Haiti they were unable to travel to Jacmel because the U.S. Embassy advised them “it wasn’t safe to travel.” Yet it also reflects the determination of the United States to prosecute such allegations from a country where justice is often elusive.

Pye is being tried here because he traveled through Miami to commit the alleged underage sex abuse in Haiti.

Though Pye is accused of sexually assaulting at least four minors in his care, the case centers on a 15-year-old girl who said she was 6 when the sexual abuse started. Through Creole translators, the teen described how Pye forced her to perform oral sex on him under bedsheets, and forced her to put a condom on him. She also recalled how his wife, Leann, walked in on them while she was in his bedroom underneath a sheet.

Other witnesses also testified about inappropriate sexual conduct. One young lady recalled how Pye touched her breasts and told her she had “a big butt” after pulling down her underwear. She also testified that she heard the Pyes getting into an argument after Leann Pye found the 6-year-old underneath the sheet with her husband.

Leann, who testified on behalf of her husband, denied the incidents happened, as did Pye.

“He tried to have sex with me,” the 15-year-old testified during questioning by a federal prosecutor.

“When I was in the orphanage I took Danny as a father; I appreciated him a lot,” the girl said. She never told anyone of the abuse because, she said, “He told me not to tell anybody.”

Pye, during questioning by his attorney, said while he routinely took the kids to the beach and had movie nights where the children watched films while lying on foam mattresses, nothing inappropriate ever happened.

Raised in Bradenton, Pye, 36, regularly traveled from South Florida to Haiti, which he first visited in 2003. He was arrested in late February in his hometown of Ashtown, Arkansas.

His involvement with the Jacmel orphanage began in 2005, he and his wife testified, after meeting its Canadian operator at a gas station.

The couple spent about seven to eight years in Haiti before calling it quits in 2012. The orphanage’s operations were eventually transferred to Builders Without Borders, a Texas-based nonprofit, after the Pyes got into a land title dispute with another couple. The dispute landed Daniel Pye in a Haitian jail for five months before a judge dismissed the charges, he said.

The federal charges against Pye were filed following a lengthy investigation that included investigators making two trips to Haiti to interview victims after authorities received a tip on a hotline.

During cross examination of the government’s witnesses — including a young man who said he had witnessed the inappropriate relationship between Pye and the 6-year-old — defense attorney Joel DeFabio tried to raise reasonable doubt and show inconsistencies in witnesses’ testimonies.

For one, he sought to demonstrate that witnesses couldn’t pinpoint exactly where the alleged abuse took place during Pye’s tenure at the orphanage, which was located in three different locations in Jacmel. DeFabio later presented as evidence two sketches — one drawn by Leann Pye and another completed by her after her husband started it — to show discrepancies in the witnesses’ descriptions of the orphanages’ layout.

But on cross examination, a prosecutor showed Pye had wrongly located a bathroom in one of the drawings.

Before presenting his first witness, LeAnne Pye, DeFabio asked the judge for an acquittal, saying the government had not proved that Pye traveled back and forth between the United States and Haiti to engage in sex tourism with minors. He also said there were “numerous inconsistencies in these witnesses’ statements.”

The judge dismissed the request, as well as another one by DeFabio seeking a mistrial based on a witness statement that he had not come forward about the abuse because he was afraid. Daniel Pye is scheduled to resume his testimony on Thursday. The jury could begin deliberation as early as Monday when closing arguments are expected. He faces up to 30 years in prison if convicted. 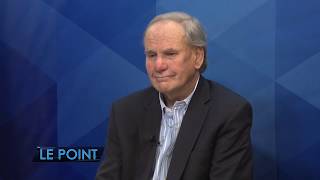